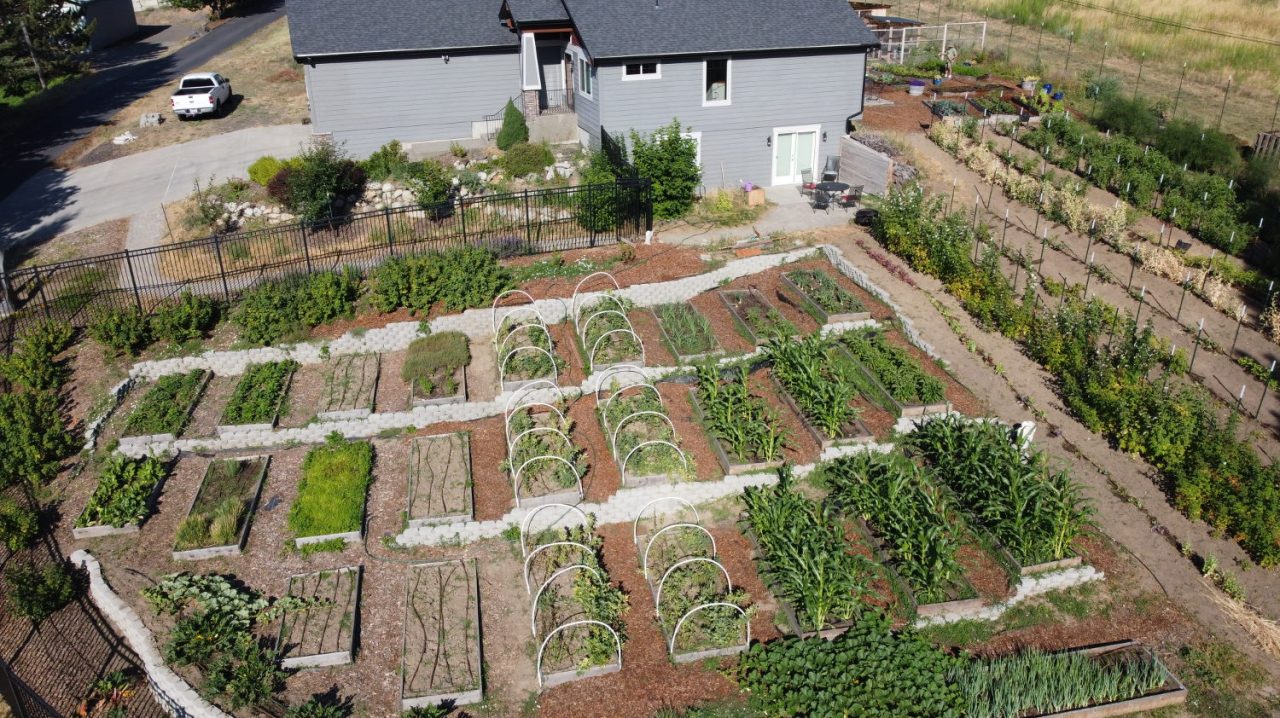 “Entangled Life, How Fungi Make Our Worlds, Change Our Minds & Shape Our Future,” by Merlin Sheldrake

Have you ever walked through a forest, only to be annoyed at all the noise the trees are making, and yelled “Shut up!” I hope not, but if you could hear all the communication that goes on between trees, it would be a lot of noise. Last year I read “Entangled Life” in which the author explains many of the mysteries discovered in how trees communicate and use (or are used) by fungi. It is a fascinating look at what’s going on in the soil.

A fungus lives mainly underground and is capable of spreading wide and deep in the soil to gather nutrients out of the soil (from decaying plants, bacteria, other fungi, algae, protozoa, nematodes, and other tiny creatures) and sharing them with other plants in a very complex symbiotic relationship. The underground part of a fungus is called the mycelium (not roots – as that would be an extreme simplification of the many tasks mycelia do). The mycelium is made up of a mass of white or cream colored filaments; each filament is called a hypha (plural hyphae).

The type of fungi that I will discuss in this post is the mycorrhizal fungi, which accounts for about 10% of the fungi in the world. You may have seen the fruiting bodies of a mycorrhizal fungus if your noticed a ring of mushrooms (the fruit of a fungus) in your lawn. And you may have noticed the grass was greener inside the ring. The grass is greener because the fungus is supplying nutrients to the grass through a mycelium filament (hypha) that is attached to a grass root.

But why would a fungus do this (and has been doing this for about 400 million years)? Fungi are incapable of photosynthesis, the ability to convert light into energy in the form of carbon compounds (i.e., sugar, starches). So mycorrhizal fungi “trade” the nutrients they gather in the soil for the sugars and starches from plants.

This symbiotic relationship has been known for some time but in the last 50 years, with advanced scientific methods, we have learned many new things.

A hypha is between two and twenty micrometers in diameter, more than five times thinner than an average human hair. A fungus can insert a hypha into a root of a plant, and through this interface the fungus supplies the plant with water and nutrients, and the plant gives the fungus sugars and starches that it has synthesized via photosynthesis. The fossil records have shown this relationship has gone on for hundreds of millions of years.

Fungi are known to be the largest organisms in the world, and this helps explain the success of the plant/fungus relationship. Most plants root systems are not much bigger then the area of the visible plant but fungi can be miles wide and much deeper than plant roots. Mycorrhizal fungi can provide up to 80% of a plant’s nitrogen and as much as a 100% of its phosphorus. Fungi also supply other crucial nutrients to plants, such as zinc and copper. They also provide plants with water, and help them to survive drought as they’ve done since the earliest days of life on land. In return, plants allocate up to 30% of the carbon they harvest to their mycorrhizal partners.

When the first primitive plants came out of the water about 400 million years ago, they had no roots. It was a natural fit, the fungi with its mycelium structure joining with these ancient plants, and forming a symbiotic relationship. It took another 50 million years before plants developed roots.

Mycorrhizal fungi are extraordinarily prolific. Mycelium accounts for a third to one half of the living mass of soils. A fungus starts as a single cell (spore) which branches and form multiple hyphae. The hyphae grow in all directions, and when a filament (hypha) finds food, other filaments (hyphae) may be redirected (or die if they don’t find another source of food).

So we see mycelium responsible for reproduction as well as a gatherer of nutrition. But it has more roles.

In the 19th and early 20th centuries botanist suspected a relationship between fungi and plants, but it wasn’t until the 1950s and 60s that technology became sophisticated enough to actual “see” the exchange.

In 1984, botanist David Read along with some colleagues developed techniques of adding isotopes to the carbon in plants and tracing the isotopes ending up in the mycelium in fungi. This has lead to more than 2,000 scientists now working on mycorrhizal issues.

Read’s work was all in the lab. In 1997, a Canadian PhD student, Suzanne Simard, published the first study suggesting that carbon could pass between plants in a natural setting. Using radioactive isotopes in the field, she showed the transfer of carbon from plants to fungi and minerals from fungi to plants. And since then she has continued to expand our knowledge of this relationship. She gave a great Ted Talk in which she discusses all of this.

Simard planted over 80 tree saplings (birches, firs, cedars) in the forest and covered all with clear plastic bags (and some with sun-blocking bags). She discovered that birch and firs communicate and trade carbon (more carbon went to the trees she shaded and unable to make their own carbon). The cedar did not participate at all in the exchanges.

Next she mapped the tree roots and mycorrhizal network using DNA sampling. She found that the trees shared more than carbon, like the nutrients gathered by mycelium. In addition, a mother tree can recognize its offspring and favors them with more nutrients than other unrelated trees and saplings.

Other researchers have duplicated and expanded on her results. One researcher discovered the mycorrhizal network acts like a stock exchange: the network trades its stored carbon to the tree that will trade the most.

We now know that just about every plant has a particular fungus (or group of fungi) that it communicates with (as Simard discovered with the cypress and fir trees). To a gardener this is important because you don’t want to buy a bag of mycorrhizal powder unless you know it will bind with your plants. Not that it won’t improve your soil in general, but I find there are plenty of fungi making their way into my garden just by adding compost and planting plants and not using chemical fertilizers that compete with the fungi.

In another study on plant communication via mycorrhizal networks, Lucy Gilbert and David Johnson, then working at the University of Aberdeen in Scotland, set up a clever experiment.

Broad bean plants were either allowed to connect to a shared mycorrhizal network or prevented from doing so using a fine nylon mesh. The mesh allowed water and chemicals to pass, but prevented direct contact between the fungi connected to different plants. Once the plants had grown, aphids were allowed to attack the leaves of one of the plants in the network. Plastic bags placed over the plants prevented the transmission of info-chemicals through the air. Gilbert and Johnson found clear confirmation of their hypothesis. Plants that were connected to the aphid-infested plant via a shared fungal network stepped up their production of volatile defense compounds, even though they had not encountered the aphids themselves. The plumes of volatile compounds produced by the plants were large enough to attract the parasitic wasps, suggesting that information passing between the plants through the fungal channel could make a difference in a real-world setting.

And, finally, being a bee keeper, I find this study particularly interesting, that mycelium ingested by bees reduces viruses in bees (typically contracted from being bitten by a varroa mite). Paul Stamets co-authored the study with entomologists at the Washington State University bee lab, and the results were published in the journal Nature Scientific Reports. He and his team had shown that extracts of certain white rot fungi could be used to reduce bee mortality dramatically. After reading this, it reminded me that a couple of years ago I noticed some of my bees crawling around a bed that I had covered with organic red fir wood chips (for weed suppression and water conservation). There were no flowers where the bees were but I did notice that under the chips mycelium was growing. Were my bees nibbling the mycelium?

One thought on “Life in the Soil, a book review”